The mobile gaming industry is continuously on the rise, with more people turning to engaging gaming apps for mobile and desktop than ever before. If you want to build a compelling game, here are the top 10 game development frameworks we would recommend you to consider:

Unity was Initially released in 2005 and expanded in 2018 to over 25 platforms. It prides itself being a cross-platform game engine supported on Android, iOS and Linux. You can develop in a language of your choice consisting of C#, Boo or JS. It allows you to build game styles of 2D,3D, virtual reality and augmented reality. It’s flexible and well documented. Unity is a popular development platform and has an excellent support service offering many tutorials and guides. Depending on your requirements, there is a free version, plus and a pro version with a monthly subscription fee.

libGDX maintained by the community is a free, open-source, cross-platform framework. Licensed under Apache 2 you can build 2D or 3D games using Java as well as using some C++ and C components. It allows you to create games using the same code base for Linux, macOS, Windows, HTML5, Android, iOS and Blackberry. Therefore as a developer, you can write, test and debug your application. There is ever-growing community support with many tutorials provided by them and third parties.

Phaser is an open-source framework built for Canvas and WebGL browser games. It’s a 2D game framework allowing HTML5 games for desktop and mobile. To create games using Phaser, you must use an internet browser which supports canvas HTML tag. Games built from Phaser are developed in JavaScript or TypeScript. It’s been given a rating of over 26,000 stars on GitHub and has large community support.

An open-sourced and free cross-platform framework operating under the MIT license. GODOT allows for the construction of 2D and 3D games. Its games are built-in the C# or C++ language made for mobile, PC and web platforms. Similarly, it also has its own language if you choose to use GDScript. Currently, the platforms it supports are HTML5, iOS, macOS, Android, Windows, Blackberry 10 and many others. Alongside the code, GODOT features an animation system which has a range of original features.

UnrealEngine is a framework which requires no additional plug-ins. Unreal contains pre-built modular systems and customisable plug-ins. Its code is written in C++ and runs on over ten platforms. Similarly, it allows you to create virtual and augmented reality-style games. Many developers choose to use this world wide for its support for Vulkan and Metal rendering API’s.

A JavaScript game engine which is an open-sourced framework available on GitHub operating under the Apache License 2.0. BabylonJS allows all the development to occur in the editor. It allows for 3D games to be created in a web browser supporting HTML5. It is a leading framework for JavaScript built games and used by many across the world.

PixiJS is a framework supported by HTML5 used to create 2D games. Its programming language is JavaScript and Pixi is renowned for its fast speed on any device. It’s popular due to it being a free, open-source framework with an ever-expanding large yet supportive community. PixiJS is supported on multiple platforms and won an award in 2014 for Most Innovative Front end JavaScript project.

Corona functions as a cross-platform framework creating games for mobiles and desktops. It’s free to use and runs off the open-sourced Lua language on top of C++. Corona’s performance is optimised for every level allowing for extreme efficiency. As soon as you update your code and save you will see changes in their instant update simulator.

Another open-source framework, Panda3D is free to use and allow games to be built across many platforms under the BSD license. It’s been developed by Disney Interactive The programming language Panda3D incorporates Python and allows rapid prototyping. Other than 3D rendering it has many different tools such as debugging, keyboard and mouse support, 3D Audio, performance analysis and many more.

Developed by YoYo Games Game Maker is a cross-platform framework for building 2D games. It’s written in C++ and uses drag and drop a visual scripting tool. It’s available in English, Spanish, German and French. It also allows the game to be exported directly onto the platform.

Software as a service (SaaS) is a popular model used for software distribution on the cloud within the tech sector. A third party service… 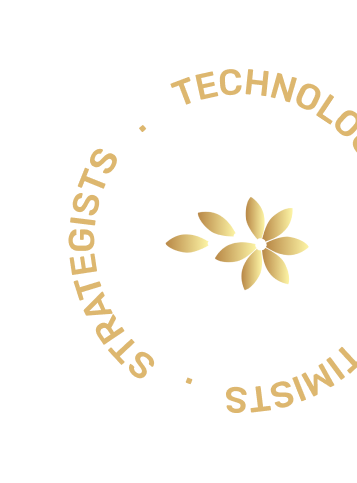 Let’s take your digital experience to the next level

Our team provides a wide range of services to help you maximize your business's potential. Whether you need web development services, enterprise resource planning, or UX design, we have the tools and experience to deliver your project under budget and ahead of schedule. Want to get started? Please fill out our form, and one of our engineers will get back to you within twenty-four hours.