'Start with a finish.' This is the motto that nimBold stands by. They believe that every project should begin with a clearly defined end goal. Since their inception in the early 2000s, nimBold has been serving numerous clients across the globe.

Since their inception in the early 2000s, nimBold has been serving numerous clients across the globe. Currently, they specialize in the following areas:

Not just another consulting firm

nimBold came to life as a company in the early 2000s. Since then, they have served numerous businesses, providing them with the best possible technological solutions. By 2020 however, nimBold recognized that only doing this was not enough. Their digital presence was not to its full potential, and their website could do better.

Thus, we came together with nimBold to redesign their website experience for better management and user experience.

When nimBold first approached us, they had two significant issues with the site

We did not have much context to work with at the time. So we started digging in. We ran thorough tests and analyses on their website to narrow down issues on the site. 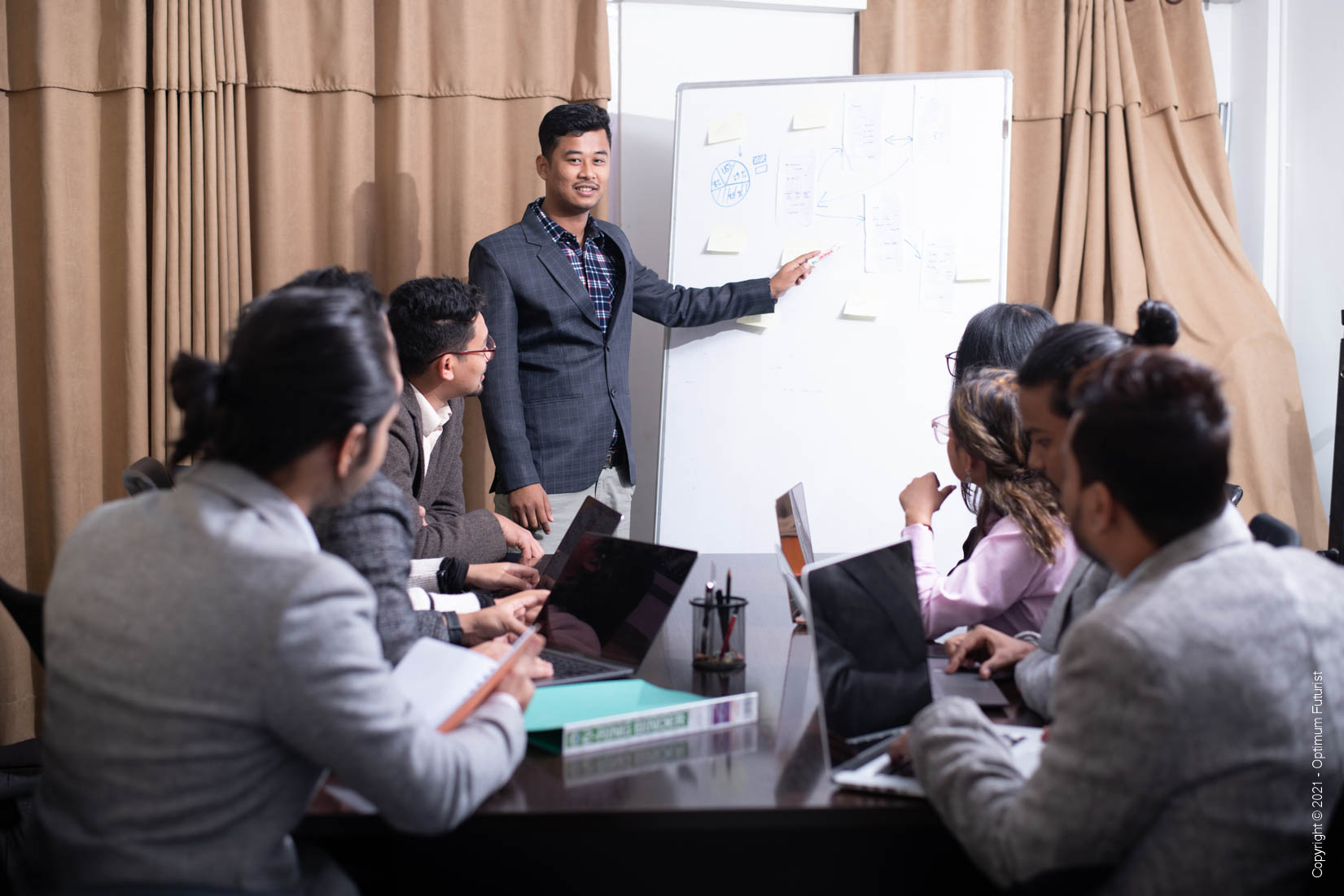 One of the most popular languages of the past decade, PHP is your reliable, get-it-done backend workhorse. Our team knows the ins and outs of PHP and can maintain or scale any product with reliability.

The database of choice for many small to enterprise-level projects, our professionals know MySQL from the ground up.

As they say it "42% of the web is built on WordPress." This is the content management system for the web.

We sat down with our clients at nimBold and started going back and forth about what needed to be changed. Finally, after some brainstorming, we came up with some questions. These questions guided us throughout our development phase:

We found our answer to the first question in the WordPress CMS. WordPress is user-friendly, easy to learn, and is simple to update. However, simply updating the CMS was not enough. For example, one of our client's most repetitive tasks on the website was uploading blogs. And we wanted to make sure the entire process was no longer cumbersome. So we brought in the big guns with the Gutenburg block editor. In addition, we integrated several such plug-ins to make the whole maintenance task easier for our clients.

Next, to improve the website performance, we made some minor tweaks. For example, we optimized the text and images, reduced the number of fonts, and incorporated some plug-ins. We also implemented lazy loading. We used the dominant color of the site while the image was loading. This helped make the site faster.

Finally, when it came to increasing site security, we did three things:

When we started improving the site security, our first and only priority was implementing firewalls. But other threats also lingered in the background. For example, the site would often get spam comments with malicious links. So we decided to disable the comments entirely. Our clients were not fully on board with this decision earlier. They wanted readers to engage with their content to some degree. However, they eventually came around to the idea.

The changes we made on nimBold's site were BIG. However, our team continued to smoothen out the changes we kept implementing on the site.

We performed extensive testing to ensure that we addressed all previous issues. Then, after we were confident with all the work we had put in, we finally handed over the finished product to nimBold, so that they could go live with the site.

Nimbold's new website addressed all our clients' previous issues with the old one. Thanks to the new CMS, the new site allowed them to implement changes as they saw fit.

We also took security measures that added an extra layer of data protection. And the optimized site resulted in better website performance.

nimBold's old site made it difficult for the company to uphold their digital presence. However, with a solid start in our strategy phase, in-depth UX and web development knowledge, and constant collaboration with the nimBold team, we built a new site that checked off all the client requirements.